Never underestimate the power of dreams and the influence of the human spirit. We are all the same in this notion. The potential for greatness lives within each of us. Wilma Rudolph

I watched a movie the other day called “Rendition”. Synopsis of the movie is this….In it a woman is married to an Iranian businessman and on a return trip he gets seized by the U.S. government under some ridiculous law and his wife goes on a quest to find out what has happened to him. One of the agents assigned to interrogate him has a conscience. He decides that the government was wrong and so he sets it right by freeing the businessman and getting him home to his wife and family. To me the real  moral of the story was this….IT ONLY TAKES ONE.

It only takes one to make a difference. To change a life. To right a wrong. Only One Person. David Foster was your one. He heard you and believed in you before you had 2 million fans all over the world…and he would not let you not believe in yourself and here you are. Since seeing that movie, I have seen the power of one AND tried to remember to practice it every day. Even if it is just a smile or a hello or a direct glance into the eyes to let someone know they have been seen.

Trivia Facts/History about the Palace Theatre: 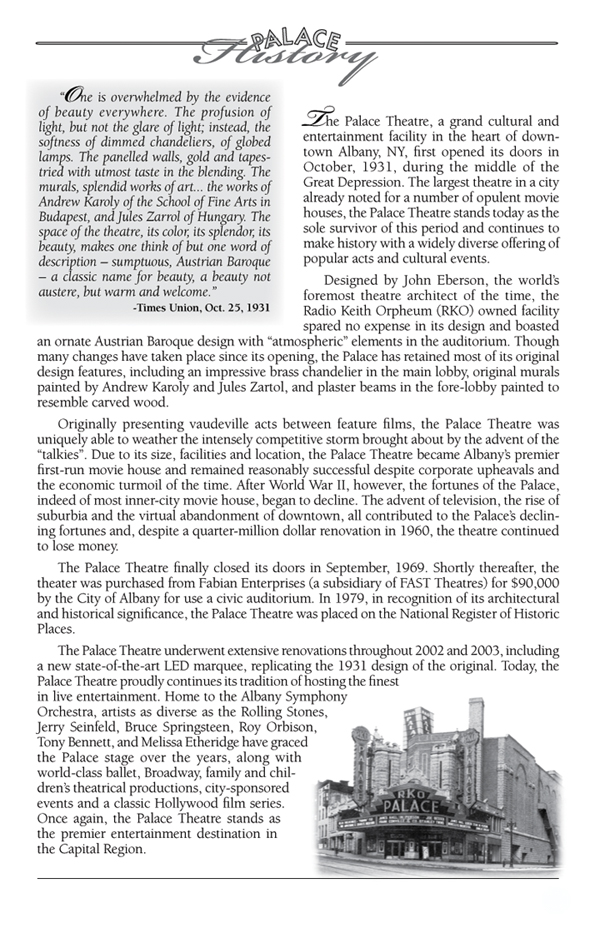 *PS-Dear Reader- The only favor I ask is that you follow the story, Share if you are so inclined. Know that I am following dreams as you do.